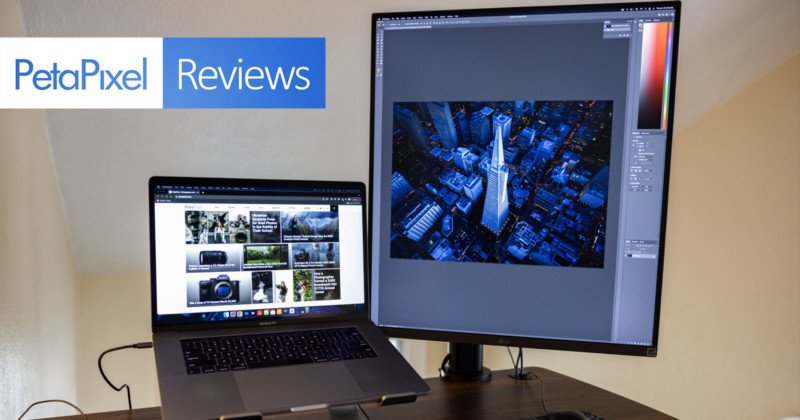 The LG DualUp is unique. It’s a massive 31.5-inch double-height 2,560 by 2,880 display that is equivalent to two 21.5-inch displays combined into one. It’s truly huge and lives up to the “productivity powerhouse” promise.

The DualUp was announced at the tail end of 2021 and immediately caught my attention because of how unusual it is. It has a unique rectangular 16:18 aspect ratio that LG contends is completely new to the monitor market and I can’t argue with that; it certainly is the first time I’ve seen something like it. After using it for a few weeks, I have to say I’m really impressed and, for the most part, it’s an easy recommendation for the $700 asking price.

The DualUp is built like just about any monitor of its type these days. It’s lightweight thanks to the mostly plastic construction and ships with a really nice monitor arm that includes cable management and connects to most desks via a clamp. The arm itself is really nice quality and is one of the best parts of the whole package. Usually monitors ship with a standard tabletop stand, but LG went above and beyond with the this all-metal arm. 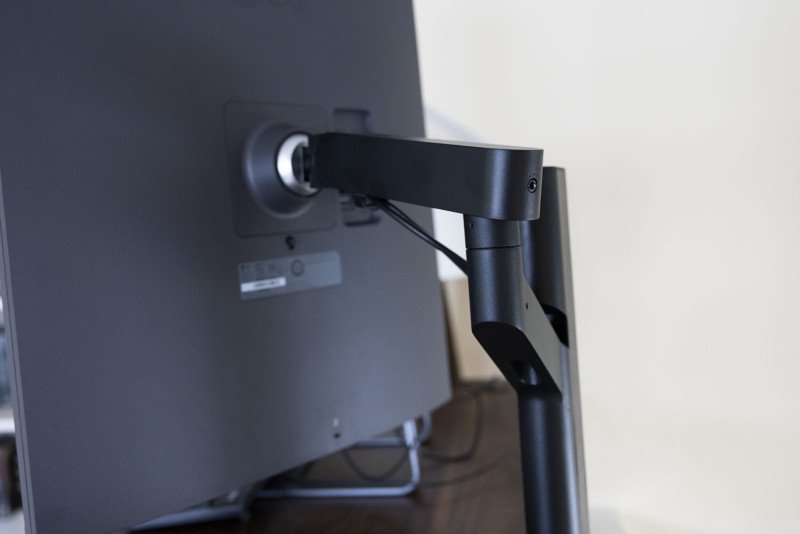 It can be arranged in a variety of ways and thanks to the offset design and the fact the DualUp is so huge, I never really see the arm itself when I’m working. I did notice that the arm is a bit of a fingerprint magnet, but since it’s going to be behind the display it’s not something I’m bothered by. 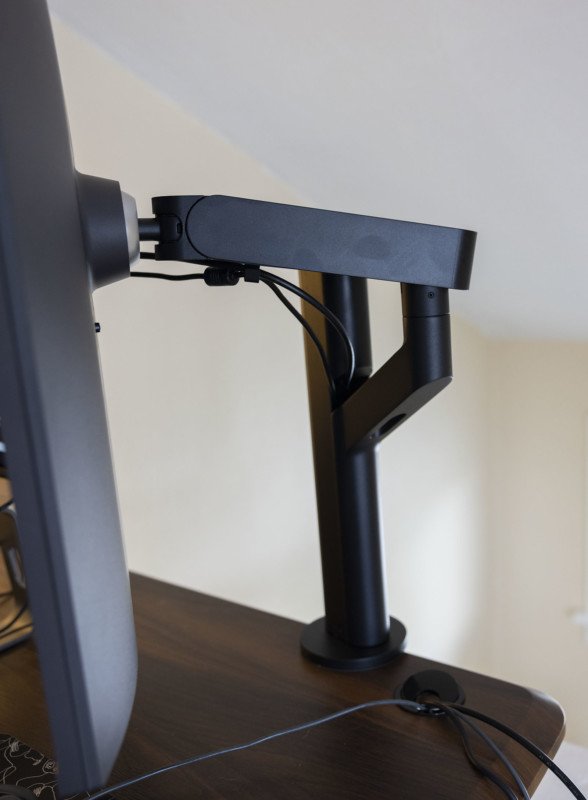 The back of the display offers a really nice wide assortment of I/O. It features two HDMI ports, a display port, 3 USB ports (one upstream and two downstream), as well as a USB-C port that can be used for display or 90 watts of power delivery. 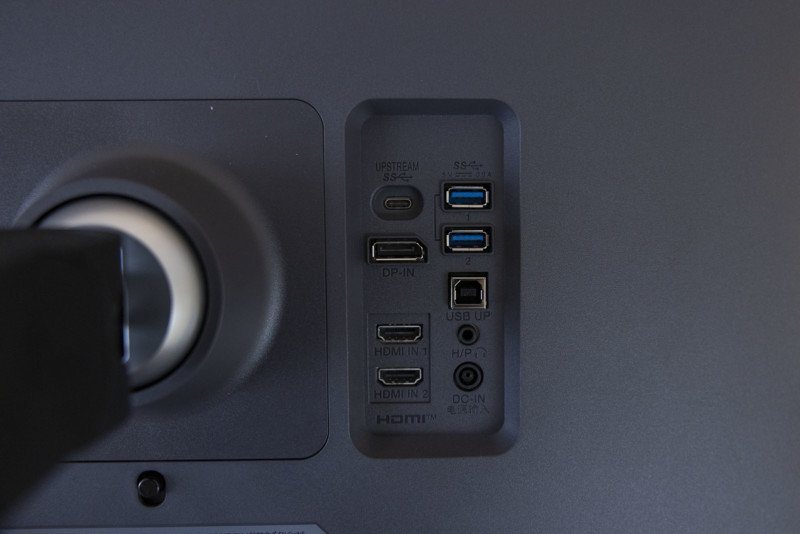 The display’s controls can be accessed via a control nipple that hides below the display when you have it oriented vertically or on the side if you choose a landscape orientation — yes, it supports either.

As mentioned, it can be configured either in landscape or portrait orientation, but during my time with it, I kept it exclusively in portrait orientation because it was easier to manage its gargantuan size and I also think it is a bit weird to see the single thick bezel on the display anywhere other than on the bottom.

The DualUp can be configured as one giant display or set to a vertical split view that makes it operate as if it were two separate displays, which can be nice if you don’t think you’ll need the full space for a single task. I didn’t use this feature much myself since I wanted to easily decide how much space I wanted to use for given tasks. Sometimes I would want a full-screen view of an email or story I was working on, sometimes I would split it up into halves or even quarters with chat windows or different browser views and the like.

The LG Nano IPS display reaches a peak brightness of 300 nits, which is below what we want to see for HDR workflows. LG claims HDR support, but we contend HDR requires at least 400 nits of brightness and I argue that you don’t actually start seeing real HDR until you get up to 600 nits.

That said, I didn’t find the brightness to be a problem, I actually think it appears to be quite bright in use. There have been some instances where I found myself squinting a bit when looking at a mostly white page like an Outlook email inbox.

When I first saw the DualUp, I was concerned that the pixel density for the size wouldn’t be enough, but after using it I find it to be plenty. It’s not 4K, but just QHD but there is plenty to work with here.

LG claims 98% coverage of DCI-P3, and it does get close to that in our testing. 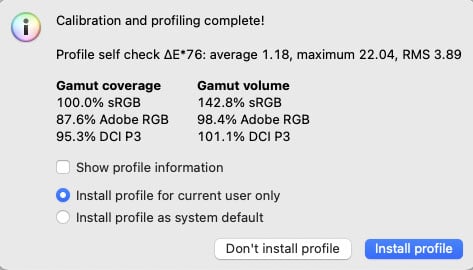 Using our Calibrite Color Checker, we found the display to cover 100% of sRGB, 95.3% of DCI P3, and 87.6% of Adobe RGB. That’s respectable, but not to the caliber we want to see for a true color-accurate display. That was never the target for LG though, and I think that this display is best suited for the type of creator who isn’t looking for perfect colors. Vloggers, casual photographers, and creators who make content exclusively for web viewing are going to be perfectly happy with the performance.

While I am satisfied with the color accuracy for the intended purpose, I’m less happy with the panel uniformity of the LG Dual Up. While the right side and middle of the display generally looks good, there were many issues on the left side. It’s certainly not a deal-breaker and panel uniformity inconsistencies on an IPS display like this isn’t uncommon, but I did hope for better. 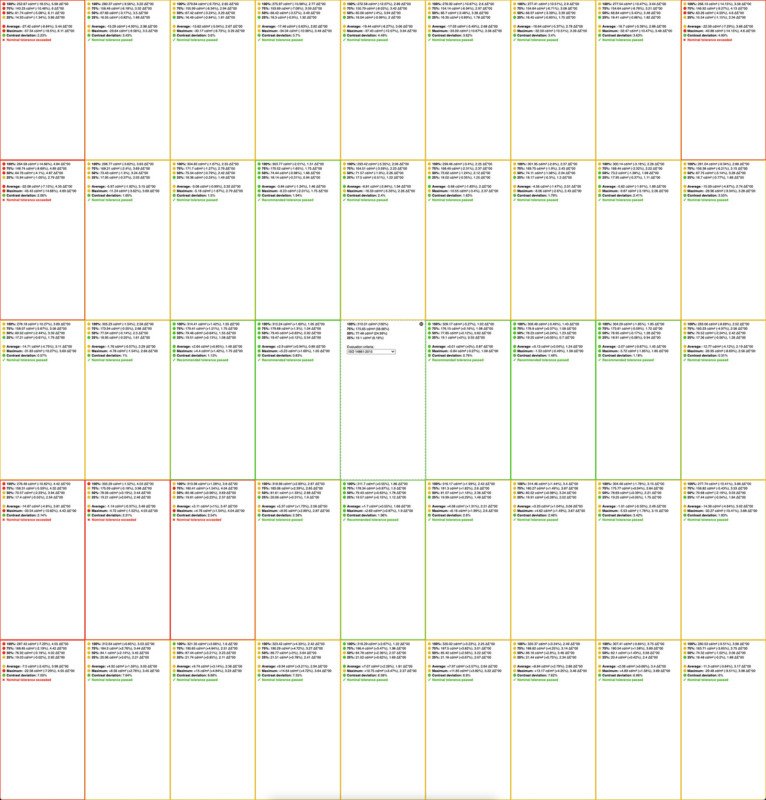 Panel uniformity is also kind of a crapshoot: your results may vary from mine. That means you might get a pristine display, but you also might get one that performs worse.

If there is one thing the DualUp does well, it’s productivity. I don’t think you can really appreciate how big this display is until you see it in person and the sheer amount of workspace it provides is way above and beyond. It’s big, but the footprint it takes up on a desk isn’t too obscene especially when you mount it in portrait orientation.

The only issue I have with it is that in order to really use the whole display, you have to be ready to crane your neck a bit. Even when I have the base of the monitor almost touching the desk, I still have to physically look up in order to see the top quarter of the DualUp’s considerable screen real estate. That means I tend to put the most pressing things I’m working on halfway down and below on the screen and keep the secondary stuff above it. 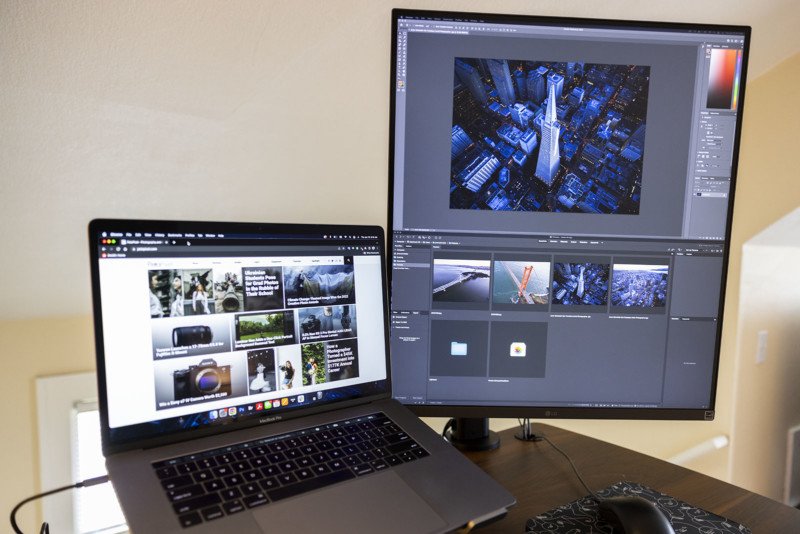 It’s kind of funny that my complaint about usability comes down to it being almost too big, but it’s a price I’m willing to pay for this much screen space. This problem might be relieved by placing the monitor farther away from my position, but the desk I tested it on isn’t particularly deep so that wasn’t an option.

The Biggest, Baddest Monitor Around

The LG DualUp is really, really big. It’s much larger than I anticipated and it provides a huge amount of screen real estate that really does make it live up to LG’s promise of it being a productivity powerhouse.

I also think the DualUp is outstanding for general office work. The amount of space you have to work with makes managing multiple tasks extremely easy and the monitor is flexible enough to either be one giant screen for detail work or two or more for when you need to have a lot of information displayed at once.

The LG DualUp really is in a class of its own. There isn’t really any other monitor quite like it, especially if you’re considering something that offers this kind of size, pixel density, and included monitor arm for $700.

You could pick up two Asus ProArt PA278QV or BenQ PD2700Q monitors and arrange them on top of each other, but that will require a specialized monitor arm that needs to be sourced separately and you won’t have the ability to get a seamless 16:18 aspect ratio display space like you can on the DualUp.

Yes. The LG DualUp monitor will absolutely make you more productive. As long as you aren’t expecting to do HDR video work and you don’t need perfect colors, the benefits of the workspace on the DualUp for the asking price make it hard to beat.